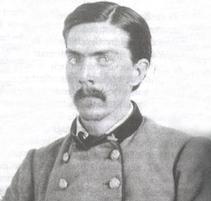 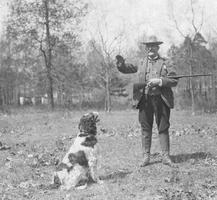 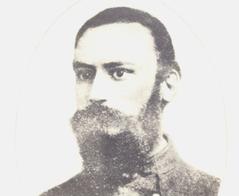 Miller was a pharmacist and nationally known musician. He founded Sergeant's Pet Care products and named the company after his favorite dog (who appears in the picture at left).

Dr. McGuire was a close friend of Confederate General Thomas "Stonewall" Jackson.  In 1862, McGuire was promoted to the chief surgeon of Jackson's Corps, serving in the Army of Northern Virginia. In May 1863, Jackson was gravely wounded by friendly fire near Chancellorsville, and Dr. McGuire amputated his left arm in a vain attempt to save his life. After the Civil War, he started several schools and hospitals which later became part of the Medical College of Virginia (MCV) in Richmond, Virginia. His statue sits prominently on the grounds of the Virginia State Capitol. Nearby, the McGuire Veterans Administration Medical Center is named in his honor. McGuire's Bon Air summer home, designed by his son, still stands on Buford Road.

As a law student, Stiles enlisted in the Confederate Army in 1861 and was discharged for promotion on 1865 and commissioned into the U.S. volunteers on the same day. He was captured at Sayler's Creek, Virginia and confined at Johnson's Island, Ohio. Although he took the oath of allegiance, he claimed he signed with his fingers crossed. After the Civil War, he became an attorney and served as a president of the Prison Association of Virginia. He built a summer home in Bon Air in 1883 and named the house Dinglewood. Nobody calls it that anymore, but the cottage still stands on Buford Road.